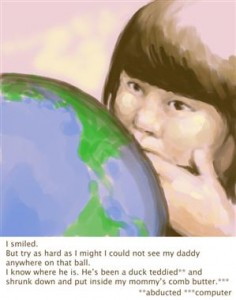 English as a Second Language of Asia.

One thing I do know is how much I don’t know. But I do know some things – and the ability or lack thereof of a foreigner to speak or write English is one of them.

I taught English as a Second Language in Asia for nearly 20 years. This one I know.

There is NO WAY Ziyi Zhang wrote the tribute to Ang Lee in Time’s Top 100 List.

I watched her in Memoirs of a Geisha….closely…until my wife slapped me. Sorry, honey.

Zhang could barely put two sentences together in the flick. Now, I don’t mean to demean…besides she could kick the dim sum I had for breakfast out of me before I could get the accent right on her name two times in a row…but she did NOT write the tribute. And I wonder if she could even think it for that matter.

Yep, she owes much to Ang Lee. Kind of like what Harrison Ford owes to George Lucas, though it’s much too early to tell.

Zhang Ziyi is tough, sweet maybe, even a good actor perhaps….but, can she speak and write English? Not that well….yet.

Does anybody know any different?