What’s Lincoln’s Bixby Letter? 5 Things I Know and One I Hope For 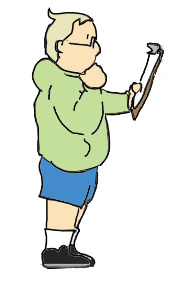 The Dallas Historical Society thinks it has found a copy of Lincoln’s Bixby Letter.

I didn’t know they had copies in the 1800’s and the widow Bixby was said to have destroyed the original.

What is the Bixby Letter?

I have been shown in the files of the War Department a statement of the Adjutant-General of Massachusetts that you are the mother of five sons who have died gloriously on the field of battle.

I feel how weak and fruitless must be any word of mine which should attempt to beguile you from the grief of a loss so overwhelming. But I cannot refrain from tendering you the consolation that may be found in the thanks of the Republic they died to save.

I pray that our Heavenly Father may assuage the anguish of your bereavement, and leave you only the cherished memory of the loved and lost, and the solemn pride that must be yours to have laid so costly a sacrifice upon the altar of freedom.

Yours, very sincerely and respectfully,

Mrs. Lydia Bixby was a widow.

It was discovered that only (only?) two of her five sons, Charles and Oliver Bixby, died in battle.

The other sons – one deserted, one was discharged honorably and the third either deserted or died as a POW.

It shows to go you, nobody ever wins a war. Some people just lose more.

Let’s hope for no more wars, anywhere, ever. China, are you reading this?

New Light on the Bixby Letter