Why Bratz Dolls Have Been Barred 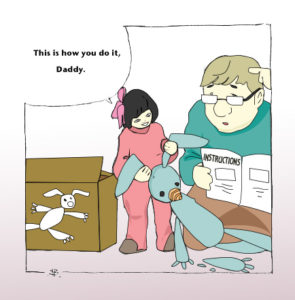 China is the Biggest Toymaker.

So, we wonder why Bratz.com have been banned.

A Riverside, California judge granted Mattel’s request to stop MGA from making most of its multiethnic fashion dolls.

Mattel blames a drop in Barbie sales on the Bratz popularity. “A jury found that a Mattel designer came up with the Bratz name and characters and secretly took the idea to MGA.”

“Mattel has established its exclusive rights to the Bratz drawings, and the court has found that hundreds of the MGA parties’ products, including all the currently available core female fashion dolls Mattel was able to locate in the marketplace, infringe those rights,”  said the ruling.

The judge told  MGA not to use the name “Bratz.”

MGA will appeal….and if they can hang on for three more weeks, Christmas will be over and it won’t matter to MGA anymore.

Barbie-maker to soar as Bratz crash