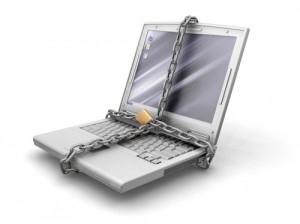 The Business Action to Stop Counterfeiting and Piracy Group

The U.N.’s World Intellectual Property Organisation (WIPO) says, “Counterfeiting and piracy exact costs, including lost profit, exceeding $100 billion a year and can endanger health and safety with goods such as medicines.”

Two-thirds of all counterfeit goods seized in the European Union come from China.

The other bottom-performing countries – Russia, Brazil, Indonesia, Vietnam, and Pakistan.

Russia is so bad that piracy is one of the major stumbling blocks to the country joining the 150-state World Trade Organization.

The United States is threatening to take up its case against China if Beijing does not do more and quickly.

Guy Sebban, head of the International Chamber of Commerce, says “We need to educate policy-makers that greater investment in (intellectual property) enforcement will translate into more jobs and tax revenues, and also help them in the fight against organized crime.”

Nobody but the pirates win when something is stolen.