What is a Chinese American? Where are they? How Many are There?

A Chinese American is a person who has American nationality and is full or partial Chinese.

They might be born in China and come to America and change their citizenship. My Mommy did that.

Maybe their parents were born in China and came to the United States. Then they were born here. 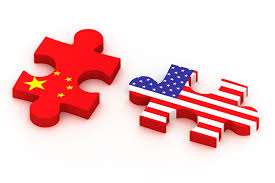 Where are they? How Many are There?

I think the simple definition is there is Chinese blood in them from somewhere, somehow, but they are American.

Did I forget something?

More than half of all Chinese Americans live in either New York or California. I live in California. But I have been to New York.

But Chinese Americans are not the biggest group of Chinese overseas. There are more Chinese in Thailand, Malaysia and Indonesia.

There are a lot ofSilicon Valley where I live. And we are all over the place … and growing.