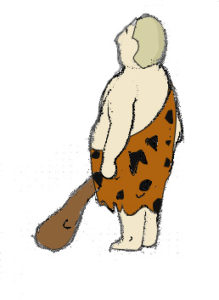 Sted dads are having bad time too

Step dads usually take some time in winning the confidence of their spouse and children of the spouse and they have to make an effort to achieve that because it does not come naturally to them and nothing is on the plate.  Step dads have a battle of winning the hearts and minds of children that they raise and have a tough time achieving acceptability within the family in order to give them that stature that they constantly yearn for.

There are multiple characters and personalities of these step dads and this post will discuss both the good traits and the bad traits of certain step fathers. Firstly we shall discuss the ramifications of having a bullying dad who is forced into the family and is acting as the step father.  These bullying dads are extremely strict and rude to the children and the spouse in general and take advantage of their position within the family and have an undesirable impact on the kids and the spouse and other members of the extended family as well and this list also includes friends.

These families have to endure a constant sense of fear, paranoia and coercion along with armtwisting under these bully fathers, who pounce on every given opportunity to take pot shots at the spouse and the kids and remind them of their status within the family.  These bully step dads ensure that the strictest rules and code of general conduct is established within the family hierarchy and they spend a majority of the time keeping their spouse and the kid under their radar.  The children under these dads feel a constant sense of enslavement because they are brought up in an environment which does not involve any degree of fairness, questioning and debate.  Therefore they feel that they are chained and constrained and because of this lack of expression and free will they want to get out of this dark cloud who constantly executes a stream of orders ramming them on your throats.

These step dads establish a very rigorous procedure with strict rules of engagement within their family and children and exercise coercion and this may come across as intimidating to the family.  They often are distrustful of their family members and are themselves in self-doubt therefore they constantly ask for updates and create a general atmosphere of fear and control by not giving any room for inner expressions.  Their style of management is mostly authoritative and they do not expect any kind of rebellion within their family and they expect lot of respect and want total surrender of their members of the family.  The surrender that they look for is completely blind in nature and is what they have to expect from their members of the family.  They do not provide adequate room for the family members in order to express their individual self in a natural and harmonious way and their voices often get stifled when these men impose their way of doing things.

These step dads also in many cases tend to resort to taking to abuse to make their family members in order for them to toe their line just in case they express divergent views that are not in sync with those that are expressed by these dads and their mode of thinking.  There is also a pattern of abuse and violence that comes from these dads that are somewhat frieghtneing to the kids and spouse of the family and this might result in cases of physical abuse of their family members which does not end being a pretty picture from a family perspective.