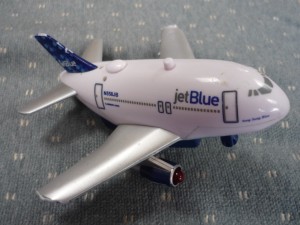 The Family That Flies Together, Stays Together

This is a guest post from a graduate student in Mia’s father Bill’s weekend Marketing with Social Media class at International Technological University.

When I was young, the pastor of St. Thomas Aquinas Parish Church, Monsignor Mac had a favorite slogan: “The family that prays together, stays together.”

I thought of that slogan when I visited Mia’s blog called “How I Learned to Be Me: Growing up and parenting bi-cultural children. For her and for her Dad, I would rephrase that slogan as “The family that blogs together, stays together.”

So, I am impressed that a young woman is blogging with her Dad, and vice versa. That from a young age, she can consider that, as far as a future vocation, she could be open to any profession that he has done in the past.

So I am going to adapt Bill’s advice about parenting bilingual children, to my ideas of how to raise children whose worlds are not narrowed by their genders. Think of it as being a cousin of the book, “Men Are from Mars, Women Are from Venus.” Except my position is that both men and women should know about how Mars AND Venus operate.

2. Make it fun for your child to learn about the cultures of men and of women. Don’t make the teachable moment in the window of opportunity seem like a boring lecture. Make it an adventure, and enjoy the journey yourself.

3. Let your children play with toys that are considered characteristic of being either “boy’s” or “girl’s” toys. Children don’t know the difference, unless they are told, and can adapt to any flavor of gift. So boys can get dolls and girls can get dump trucks.

4. Take your children to the workplace where the cultures of the other gender predominate. This meant that my son volunteered for 100 hours at the VA Hospital where I worked. My daughter went to work with my husband one day every year.

5. Mom and dad need to be informed about the cultures of men and of women, and not get caught up in the differences. I have been to parties and picnics where you would think there is a yellow “police” tape separating the men from the women. Take the lead and infiltrate the “other side.” Even if research data shows that men not only make more money than women, but they also have better health-related quality of life.