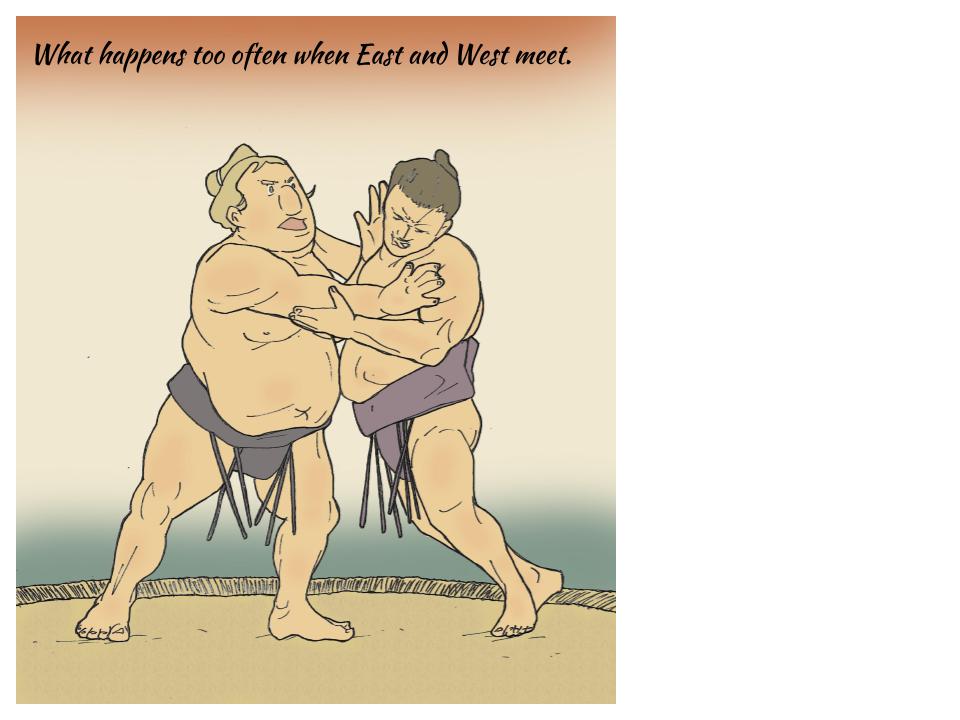 Do Opposites Attract Everywhere? Japan and America are Different at Horse Racing

Japan and America are different. I watched the movie – Mr. Baseball – ages ago.

From this movie – was this their intent? – I listed up more than 100 differences between Japan and America.

Perhaps I’ll write about them here … or maybe put them in a book … or move on to greener pastures having had the best of intentions all along – I hope not.

Opposites Do NOT Attract

In Japan, more often than not opposites do NOT attract; they clash.

Japan and America are Opposites

The fact that opposites do not attract is an example itself of how Japan is different from the US … from the West.

Example of Differences Between Japan and America

A small example of how completely different Japan is from the west is horse racing. Horse racing?

Imagine now horses being trained in Japan for many years and getting pretty fast. Fast enough over a certain distance that the owners think they want to compete against horses in the West.

At the gate … horses from the US face one way and the Japanese bring their horses to the gate and have them face the other way.

What if nobody noticed and the horses took off? Somewhere along the back stretch there would be disaster. Not so funny.

I lived in Japan for many years. Great experience. Great education. Knocked my corners off.

One wonders how a person might turn out if they had both the Japanese influence and the American influence growing up.

I know the answer … at least partly. Maybe I’ll write a book about it.

Yeah, I think I will.