I am writing a series of posts on the positive personality traits that little girls can learn from Disney Princesses.

I wouldn’t call them role models. But the Disney Princesses do have qualities that are worth looking at and growing in.

What Makes a Person’s Influence a Starting Point?

Snow White was Walt Disney’s first full-length feature animated film.There must have been something about this princess … or maybe it was the story that went along with her. We won’t know unless we ask him, and that’s not possible anymore.

Even so … we have Snow White to learn about and learn from. 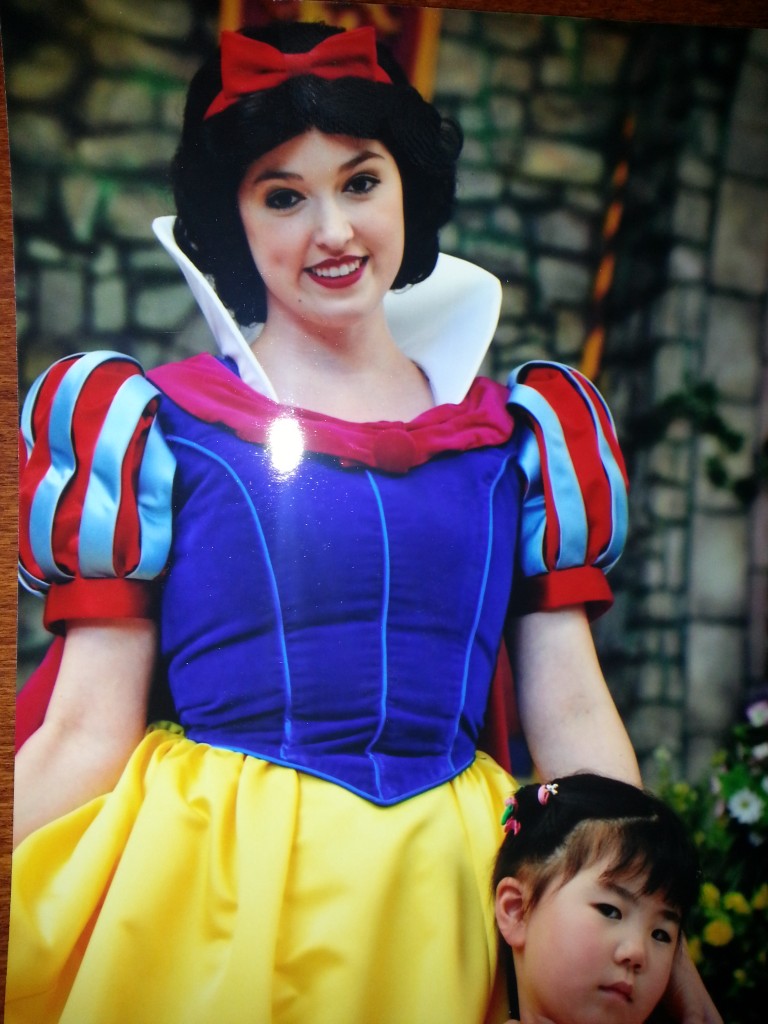 How about 15 positive personality traits of Snow White?

Sees good in all and everything – it is hard to see the best in everybody, especially when they are tattle tales and use potty words. Snow White could see the good even in Grumpy. This one is not so hard to do. My daddy has a Grumpy t-shirt, sweatshirt and pin for his hat. And I can see a lot of good in my daddy.

Carries her weight – when the dwarfs asked her to pitch in … without complaint! The best way to make yourself irreplaceable is to do the things nobody else wants to do. Sweep, cook, clean up …

Sweet – This is hard to learn. It seems you either are sweet or aren’t. I think it comes from seeing the good in people, from being around kind people. Watch how people react to others and learn to act accordingly.

Gentle – She is as big as any 3-4 of the dwarfs put together but they are not intimidated by her, nor does she ‘dwarf’ them. He he he.

Charming – It sure didn’t take long for the dwarfs to fall in love with her. Prince and Princesses Charming.

Cheerful – It’s got to be tough to sing after you have been abandoned in the woods to be eaten by wild animals. How she did this, I don’t know. How I’d like to be able to have her cheerful spirit!

Pure – of heart and soul. This might be why she was the fairest of them all.

Unprejudiced – she loved even Grumpy people, and old hags. Nobody was off-limits to her affection.

Kind – to the old hag 3 times! Not just once. Who is able to keep on being kind in the face of something so, um, ugly … and bent on evil and hurt.

Naive – this can hurt sometimes, but it’s better to be trusting of others than not trust and be lonely all your life.

Trusting – removes gullibility and displays itself as loyalty.

Optimistic – What was it she was dreaming about while that poison apple was lodged in her mouth. Some day her prince might come?