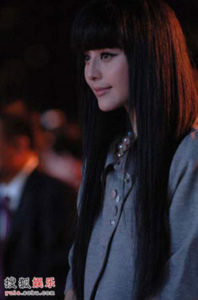 There are some good reasons.

2. She is a national hero because she triumphed over adversity…more than once.

3. Despite losing part of her leg, the wheelchair-bound pretty lady did not lose the Olympic torch she carried when she was in Paris despite protesters beating her and pulling her hair.

4. Commitment – “I would die to protect the torch.”

5. She is beloved by more than one billion people. Count me in.

6. The ‘smiling angel in the wheelchair’ does indeed have a smile to kill for.

8. Matter of fact – “Any Chinese or Olympics-loving torchbearer would protect the torch under such circumstances,” she says. I don’t think so.

9. Jin loves China – “I think if you know they will grab your national flag and insult it, everyone would do the same thing I did.” I don’t think so again.

10. That smile – after the attack, after the tears she fought to hold back, the angel smiled to the rest of Paris.

11. Giving credit where due – “I was protecting the torch, and they (her guards) were protecting me,” she says. “They were fearless and facing up to the separatists.”

12. Strength in numbers – “I was moved to tears seeing so many Chinese students waving national flags and singing our national anthem along the route.”

13. What wheelchair? The protesters couldn’t get it from the young lady, despite the fact she was in a wheelchair.

Take a look at 5 Reasons to Subscribe to PanAsianBiz