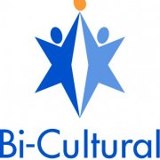 Bi-cultural between China and Japan

While the rest of us are winding down, or maybe it’s just me, these two are setting targets for next year.

1. long-term, stable and good neighborly relations between China and Japan.

2. to work with Japan to take high-level visits and make the  30th anniversary of the peace and friendship treaty as opportunities to advance bilateral relations

4. to take history as a mirror and look forward to the future

5. to do something concrete to enhance dialogue and consultation, strengthen mutual understanding and trust, and appropriately handle major sensitive matters in bilateral ties.

Japan and China signed a friendship and peace treaty in 1978. Fukuda was in China to celebrate the 25th anniversary of the treaty.

Five years later it is time for another anniversary get together.

Do you think Japan and China can remain friends?