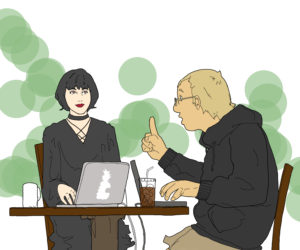 The number of Shanghaiese tieing the knot in 2006 jumped by 62.18%. However, the number of those letting it unravel also increased by 21.6%.

162,663 couples booked up Shanghai’s most prestigious restaurants for the entire year…including weekends in order to announce their intentions of living together as a married couple until they can find a reason to know longer do so.

China’s peak wedding season is the 7-Day National Day Holiday. Restaurants receive 30-35 couples on average, and sometimes as many as 90 couples in a single day.

About one-third of the couples who got divorced in Shanghai last year were under the age of 25.

My question is, what in the world were they doing getting married before they were 25 anyway?

So, what age is the best to get married?

Or, how do you know when someone is mature enough?