21 Digital Warnings for Kids Using Cell Phones and Tablets and the Internet and …. 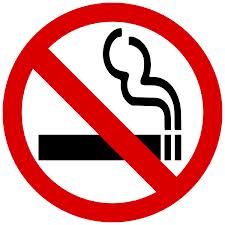 Not so Digital Warning

My daddy said he was told to not talk to strangers.

And don’t take candy from strangers.

And … well that was about it.

It’s not that way anymore. We now have digital warnings that we have to obey.

Here are some that I can think of.

1. Don’t make friends with people on Facebook that you don’t know.

4. Don’t visit web sites that might bring viruses to your computer.

7. Don’t put pictures of you doing dumb stuff on Facebook.

9. Don’t lie on Facebook. You will be found out.

1o. Don’t tell too much truth on Facebook. You will be found out.

12. Don’t tell people you don’t know where you are.

13. Don’t give away your credit card information online.
(That’s easy. I don’t even have a credit card.)

14. Don’t go to Vimeo or Dailymotion to watch videos.

16. Don’t film yourself doing stupid stuff and put it on Youtube, Vimeo or Dailymotion.

18.  Don’t watch too many movies on your cellphone, smartphone or tablet.

19. Don’t click on links to your email from people you don’t know.

20. Don’t go to forums and interact with people you don’t know.

21. Do go into your room and hug your baby Aurora doll and surround yourself with stuffed animals and never come out till this whole internet fad passes.

Did I miss something? I know I did.

Please add to the list in the comments and I will make the changes.

Check out this Kickstarter project that I really believe in.  <= CLICK