How can a daddy teach his little girl to be heroic? | Ask a princess 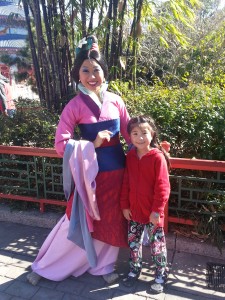 How can a daddy teach his little girl to be heroic?

The question is SHOULD a daddy want his little girl to be a hero?

There are several kinds of heroes – dead heroes, maimed heroes, and heroes who have survived ordeals.

Most daddies would never ever want their little girls to face such circumstances. But you can’t be a hero if you don’t.

The answer lies in preparation – little girls should be prepared in the event they face such situations. They should NOT be encouraged to seek them out.

Then when such situations present themselves the little girl will be able to rise up to meet come what may and overcome. Then they will be heroes.

All the while, the daddy will be running crazily beneath and behind prepared to catch his little princess in any event, just in case, and without her ever knowing.