After writing these 20 Must Know Facts about Iran + Map, I must admit to becoming more intrigued about things Iranian, Persian and the like.

I had never seen nor imagined what a policewoman in Iran would look/be like. Now, I know, a little.

Here are at least 14 things, in pix, that Iran’s women police can do that I can’t do, (Well, I do know how to rappel. But not with a manteau on.) Can you?

In Iran, restrictions on women were more severe in the early days of the Islamic Republic.

Females who didn’t cover all parts of their body, except hands and face, were subject to punishment of up to seventy lashes or sixty days imprisonment.

In the year 1997, Iran women defied the ban on entering soccer stadiums in an act of protest against sex segregation.

An estimated 5,000 women stormed the gates of the national stadium to join 120,000 men in celebration of Iran’s national football team which had returned to the country after participating in the 1998 World Cup 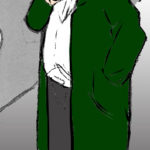