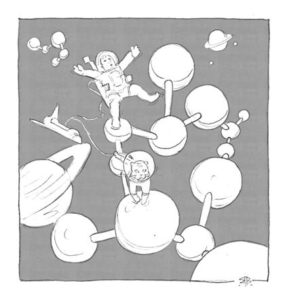 I waited impatiently for all the gala festivities to wind down at the recent Committee of 100 annual conferences.

The last speaker was Chinese American Astronaut Leroy Chiao. Dr. Chiao had spent 6 months at the Int’l Space Station. I was sure he would have something insightful to say. The evening schedule and usual speeches that went too long kept Dr. Chiao’s appearance right up to the end. I endured.

He spoke for no more than 5 minutes and the essence was “Can I join this group of 100?” He mentioned it twice..maybe three times.

He almost said something great. “There is the greatest opportunity if we collaborate.” Without expanding, I could only guess that he meant when there is a bridge between Asia and the US, and the two work together, something great can happen. Or, perhaps the Int’l Space Station is an example of greatness with collaboration. Am I right?

Astronaut Mori, the first Japanese Astronaut to ride on a space shuttle was given the opportunity to speak once and what he said struck me as more profound, “I can see no country borders from up here.” Meaning, of course, from space, the world is one.

If only it were the same on the ground.

I give this one to the Japanese.