How to say Cinderella in 9 Different Languages

Cinderella is one of my favorite princesses. 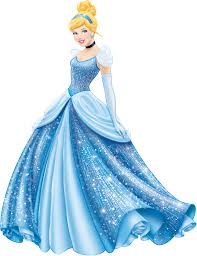 I learned something about princesses. There’s a Chinese princess with almost the same story as Cinderella! I was so surprised.

Her name is Ye Xian. You can read the whole story at A Magical Fish and the Golden Slippers.

But while I was learning I found out that other countries have their own Cinderella story. And you can say her name in different languages.

I already know how to say Grandma and Grandpa in Chinese, English, Russian and Japanese!

How fun is that!

In China she is called Ye Xian.

In Indonesia she is called Bahwang Putih.

In Vietnam she is called Tấm Cám.

In Malaysia she is called Bawang Putih.

In Korea she is called Kongjwi.

In Britain she is called Cordelia.

In Hollywood she is called Julia Roberts.

A Cinderella story is when somebody who is not supposed to be able to do something is given a chance from somewhere, somehow and in the end gets to see her dreams come true.

I want my dreams to come true, but I don’t want a scary stepmother to hate me. And I am not sure I want to marry a king either. I will have to think about that.