Chinese – American bilingual or multi-languages has many benefits for kids 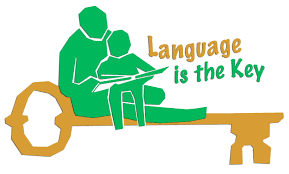 Language is one of the most useful keys to success. Use it wisely.

I believe one of the best gifts a parent can give to their kids is their language ability.

In the international environment today, knowing one language is no longer sufficient to do well in either personal or career pursuits. Language is not just a tool to communicate, but a key to open the door to connect to other nations or culture or even business opportunities.

I have seen many good examples to prove this fact. My cousin is a native born American whose parents hired a tutor to teach him Chinese when he was a kid and took him to Taiwan to study for months. Now he is able to start up a business in China with his limited language he learned from that time.

I met another girl who is a 3rd generation of Japanese-American. She got a good job at Google Japan because she knows Japanese. 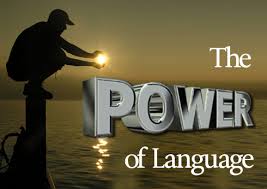 Language has power. Develop it as early as possible.

My husband who was born in the U.S. was forced to speak only Chinese to his parents before age 5. When he grew up, he still remembered the language and is able to travel to Hong Kong, Taiwan and China by himself and did all the bookings after he landed in those foreign countries.

Compared to them, I took a much harder path to pick up my English. I am a Chinese-American. When I decided to come abroad 20 years ago, I had to take special English training in order to pass the Test Of English as a Foreign Language (TOEFL) to get the American college’s acceptance. TOEFL is also one of the most important requirements that the US embassy looks at to grant F-1 visa to a college student to study in the America.

It was quite difficult to pick up a foreign language in a short time in an environment not native to that language. Although I was in my early 20s at the time, it was still not easy as there was no shortcut in language learning. In addition, I was studying full-time at my college in China so I had to squeeze extra time to study the TOEFL.

I agree with the 5 steps on how to raise bilingual children.

In one of my posts Babies Can Tell Languages Apart, I also talked about a new study which found that babies could tell one language from another and start to learn each as early as 7-months old. They had a unique way to tell the language differences by identifying pitch and the the duration of spoken words. So babies are capable of learning multiple languages at the same time. Isn’t that amazing?

My blog Pregnancy Road for Asian-Americans covers a lot of the latest studies and research on pregnancy, parenting, children development, health and must more. You will find a handful of good tips there on how to raise a kid.