My experience being raised bi-culturally in India and the Army

I wouldn’t call myself a bi-cultural kid  growing up. My parents were almost from the same culture and similar backgrounds. But I do think that I have grown up in a multi-cultural environment.

For those of you who think that bi-cultural only means growing up with parents from two different cultures – I have a slightly different definition.

Bicultural Kids have more respect for other cultures

I believe that a child is molded in to a person not just by his/her parents but also by the environment he or she grows up in.

The people s/he interacts with, the places where s/he stays, the kind of friends s/he makes and basically the kind of lifestyle s/he lives.

Your parents are an important essence of what you become when you grow up, but there are other external factors as well. And these factors I believe count in the multi-cultural growth a child can and should have.

I grew up in an Army life. My dad is in the army; we were moving every three years to new and different places and meeting people from all places and all different cultures.

Growing up in such a culture was exciting because I got to know so much more about my country, India. And I got to taste all different kinds of cuisines. Most of all I understood the different lifestyles of different people and the reasons behind it.

The most important thing I learnt from this was that I could look beyond what a person looked like and talked like and still have a conversation with him or her.

I realized that if I was in a room with people from other cultures, I should respect that and speak in a language that they would also understand. This is so that nobody feels left out and unwanted. This is the biggest issue that most inter-cultural groups will face. This, in fact, has helped me a lot after I came to US for higher studies.

Whenever we were a group of few Indians standing and talking, we could speak in our native language Hindi (well there are so many languages in India that sometimes even we could feel left out in a group of Indians!); but when we have someone from outside our culture standing with us, I will want to make sure we speak in English so that s/he understands what we are talking about. Even if s/he is not a part of our conversation, we need to respect that he is a part of the group and should not think that we are ignoring his presence. 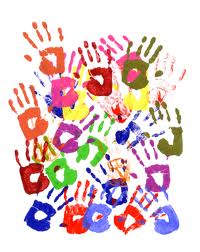 Multicultural sensitivity is the way to unite the world

We just know how to divide countries based on cultural difference; within those countries we divide in states and deeper and deeper till we say that each human being is different from one another.

When we being so different can co-exist, it is not a big deal for us to co-exist in different cultures.

We should be open to accepting these changes. If you think about, you have done it in the past and you can do it now as well. You will learn to respect a fellow human being and not disregard him or her for what culture s/he follows.

I write about social media on my blog. Visit me!