I grew up in India where we speak different languages. Even though they are somewhat related, they are quite different too!

I spoke Bengali at home and  English in school. Also, had to study Hindi as our second language which is mandatory in school.

Apart from that, I grew up in Mumbai so had to learn the state language – Marathi. So I literally grew up learning four languages!!

Now that is something. But it is not that hard.  It is all about how much you are exposed to the languages and from what age. I was exposed to my mother tongue Bengali ever since I was born and my parents spoke that language.  My parents made sure that at home they always spoke in Bengali because they wanted my brother and me to know the language well.

At school, we spoke English and we were exposed to that language. English of course was also the language we read so it was easier to learn.

Followed by Hindi which also we did lessons in school so that helped.

Marathi, however, I got exposed to pretty late but because I hung out with some of my friends whose grandparents spoke the language, I got the hang of that language to. So here I am fluent in four languages.  I am fluent in them because of the exposure at an early age and an effort by my parents to teach me our native language. 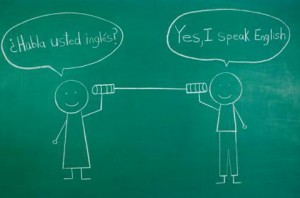 Taking inspiration from my own life, I have helped my friends who are raising bi-lingual kids.

The most important thing is to always talk to them in both languages and also both parents should talk to each other in the languages so that the kid hears that all the time. Even exposing them to movies and shows of those languages help.

Kids learn a lot by listening. Creating that kind of an environment at home is crucial.

It is really not that hard to learn two languages. It also doesn’t affect their learning as some people might think. There is a belief that exposing them to too many languages can hamper their learning. It is absolutely not true. If anything, they gain a higher learning capacity as their brain gets exposed to more.

Please visit my website Munch passport for blogs on food and travel.