Nobody Plays Piano Like Japanese-American, Benjamin Belew, aka Georgie 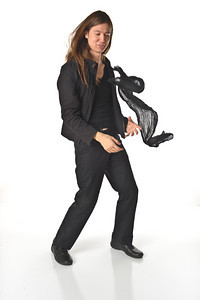 My big brother, Benjamin Belew is bi-cultural like me. He’s Japanese- American.

This past Friday night my big brother, Georgie (aka Benjamin Belew) played for an art museum in Santa Claus (Ed. Santa Clara) at the invitation of Mrs. Claus, I reckon.

They had seats set up for about 100 people. (I can count that high now. I just finished 1st grade. He he he).
In the end, however, it was standing room over. They brought in extra chairs and people were standing along the walls for his entire 50+ minute performance of “Pictures at an Exhibition.”
He did an absolutely incredible job. Of course, I would think so. But when he was done, without prompting or polite encouragement, EVERYONE stood up and gave him a very long sustained and rhythmic ovation. It was so cool.
He came back for an apple core. (Ed. encore.) They asked for someone who had never touched a piano to come forward and touch any 5 or six keys at random. An old lady came forward and did just that. Georgie then composed a piece right there, right then using those five keys as the center of a 5 minute piece. Everyone was just stunned.
It was really really cool. I thought you might want you readers to know and share with me in being so very proud of my big brother.
If you never hear him play, you can count on there being something missing from your life.