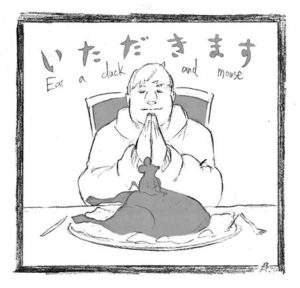 Eating right is a healthy life.

5 Things we know about Nutrition 53.

1. Nutrition 53 is a supplement that is backed by former NFL linebacker Bill Romanowski.

2. Romanowski says he teamed with doctors and sports nutritionists to create the stuff.

a. Neuro 1 for mental performance

b. Sleep 1 for sleep and recovery performance

5. Romanowski says “Most of Hollywood is taking Lean 1 right now.” Doesn’t that explain a lot? I wonder, does he mean Hollywood stars or people living in Hollywood?

1. I met a fellow at the gym who was built like the proverbial brick out house. He is third generation Japanese and eats Japanese style.

2. That fellow told me his mother just died a short while ago – she was 105. His mother ate Japanese style

3. Japanese have an obesity rate of 3% of the population. America is 30%. Hmm…I wonder how we should eat? Nutrition 53 or Japanese food?