Dads who have done things wrong and want to make up! Stories and Experiences! 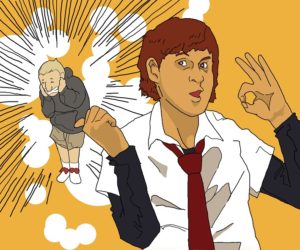 These dads feel a terrible sense of remorse and guilt as they have gone wrong in the past. Those memories and experiences come to haunt them back in many cases as they find it increasingly difficult to cope with their past.  Many of them have painful and unhappy pasts where they did terrible things in that relationship.  They often feel a constant sense of longing and want to go back to redeem their past and make mends with it but are unable to reverse the clock and are stuck with their bitter past.  Many of these dads want to learn from their bitter pasts and improvise but are unable to do so in reality.  If given a chance they want to start all over again. They often are seen conversing with friends and confiding their dark truths over a beer in pubs.

They feel a constant sense of longing for what they lost because of their actions and some of the try desperately to redeem the lost pride in running a family and taking responsibility of being a father to your kids. Some are on the right path to recourse while some still stray and learn things the hard way.