Have you ever wanted to escape from all the noise?

If only children and parents could get along. 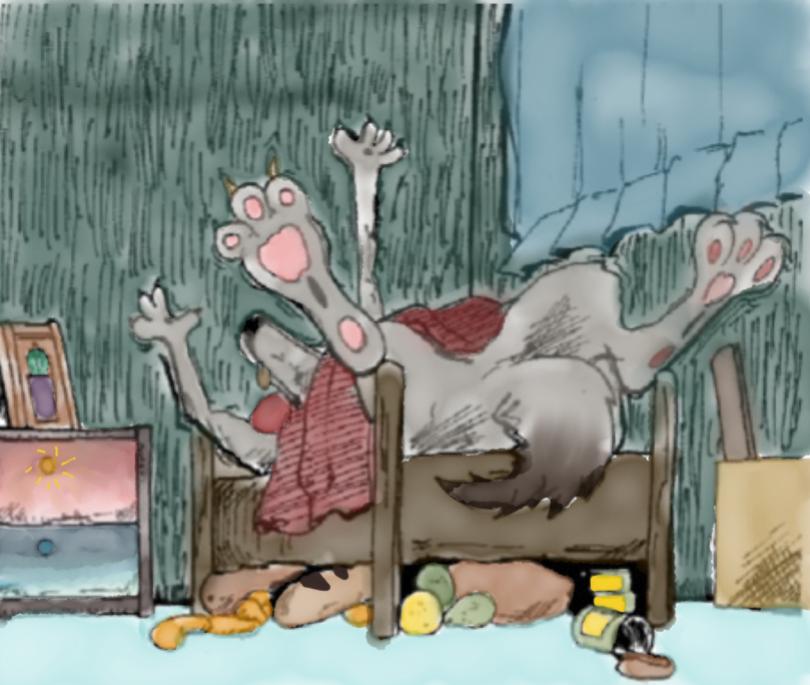 Have you ever wanted to escape from all the noise?

In this article we want to:

Aimi and her team have left Bangkok and are in the Indian Ocean. They just finished searching for relics from beneath the surface of the ocean.

Would you like to read along as we write? HIT REPLY to become an Advanced Reader.

Our Newsletter Readers Get 1st Look

It’s the back story of the wolf in The 3 Little Pigs and his brother.

It has NOT been published anywhere else. This newsletter includes part 4 of the story.

It was the most peaceful time that Mama and Papa had had since Gimmy’s teeth came in three days after he was born. Mama said Gimmy was born mouth first – to eat. Suddenly there was a loud GRROOWWLLLINNGG!!

The sound shook the walls and Papa dropped his coffee mug. It was so loud it woke Gimmy up. It was his stomach. Hunger pangs woke Gimmy up.

“I’ll get you something. Hang on!

“Wait. Mama. Wasn’t there three pigs that moved in to the neighborhood?”

“Mama. That first pig tasted real good. Mama, I hear that second little pig is a real homebody. Never leaves the house, stays home all the time. I think I’m gonna go get acquainted with that second pig. I think I want…”

Mama interrupted him, “You’d better watch out, Gimmy. You can’t just have whatever you want any time you want. You just gotta learn to think of others.” Mamas don’t give up easily, either, you know.

Gimmy strutted his stuff towards the forest. He was feeling lean and mean. And, his belly let everyone know he was on the prowl. Squirrels scampered up trees and rabbits went down holes. But, Gimmy wasn’t interested in fast food. He had his heart and belly set on that little pig.

Before long he came upon a house made of twigs and branches and logs strategically placed here and there. The front yard needed mowing and the hedges were unkempt. Gimmy thought to himself, this little pig really doesn’t get out very often. He must be either thin and sickly or nice and plump from lack of activity.

It was the latter.

We have created a (digital) => Complete Box Set of Growing Up Aimi Series. It’s much cheaper than buying books one by one.