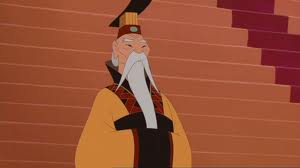 “The flower that blooms in adversity is the most rare and beautiful of all.” – Emperor, Mulan

I don’t ever want to remember when a princess dies. But, I guess that happens sometimes.

Daddy says that the Queen made a comment that her servants should do something at the front gate where fans were placing flowers as a memorial. But it was impossible to carry out.

The point was that the Queen was completely out of touch with the common goings on. And this case she had no idea what was going on around princess Diana.

Read: The Ugly Chinese American with a twisted ending

It is sometimes said that the “Crown is the last to know.” That is the King and Queen just don’t understand what is actually going on among the common people.

The emperor in Mulan had an insight that he shared about – Mulan.

A flower that blooms in adversity must indeed be beautiful as well as rare.

Nobody wishes for hard times to come. But if I can continue to bloom, to show my best no matter what is going on around me and especially when all around me is bad … then I think I must be a rare person. And beautiful, too.

The more I think about this the more I like it.

I don’t want to crawl in to a hole when everything is going badly. Rather I want to such an opportunity to stand out … to be special … to bloom.