My ideas for raising kids bilingually, bi-culturally and double their joy

Prof Bill Belew has told us on several occasions about his experience with his adorable daughter called Mia and how he is raising his daughter in bilingual and bi-cultural environment and he wrote a very interesting article about  raising kids bi-culturally, which is very useful and insightful for the parents who have the same situation of raising kids in a bi-cultural household.

With the development of globalization, increasingly families are facing this issue. Admittedly kids are naturally more able to learn a language, but it is also never easy to create the necessary condition for nurturing the kids to fit well in a bilingually, bi-cultural environment.

Does it sound familiar to you?  That even after hard-working, the kid  figured out that English was  the easier language,  the the kid found that most of the people around are speaking English, not the other language, then the kid started to speak English more often than the other language and gradually they just abandoned the other language, especially when it comes to difficult languages like Chinese.

It’s never a piece of cake to raise kids bilingually, bi-culturally but here are a few ideas of mine.

Engage the kids in activities from both cultures.

We can help to create the environment of culture and language to encourage the kids to learn by providing more activities.  TVs, Cartoons, little reading books, children songs etc  in both languages would be helpful; maybe spare relatively more time for the one that is not dominantly  for the speaking environments.  This could help foster interest and instill familiarity with the language for the kids. When the kids get older, more depth material could be provided to kids.

Treat both cultures with  equal importance.

It’s very true that sometimes one of the cultures might be devalued compared to the dominant one from the mainstream media. It’s never good to have such an impression. Family members should instill the ideas for the kids to respect and value their family identity, heritage, culture and language. The kids should be guided to know about the inspiring  virtues and history of  the culture of their origin. If possible, family can take the kids for trips to the original country giving the kids the opportunity to be exposed to the language and cultural environment.

Encouraging attitude with the kids

It’s important to let the kids understand the circumstance that they are living in, to help them to understand their situation and why they are living in bilingual and bi-cultural environment and how the two languages and cultures are different but of equal importance to them. The attitude for the family members should be encouraging, for example, praising them when the kids are making effort, every progress they are making and trying to be tolerant and  patient with the kids, listening to their needs instead of pushing  them to learn, pointing out their mistakes and avoiding being “tiger parents” . It might be moments of frustration, but  never underestimate the learning ability of your little ones.

Raising bilingual children is never easy and it requires more time, energy and money, but I believe the  rewards  of the efforts are also absolutely priceless. Dual languages, dual culture could generate double joy. It’s really wonderful for kids to learn and strive with the benefits of bilingual and bi-cultural environment, which are actually great assets that would be beneficial for the kids for a lifetime. 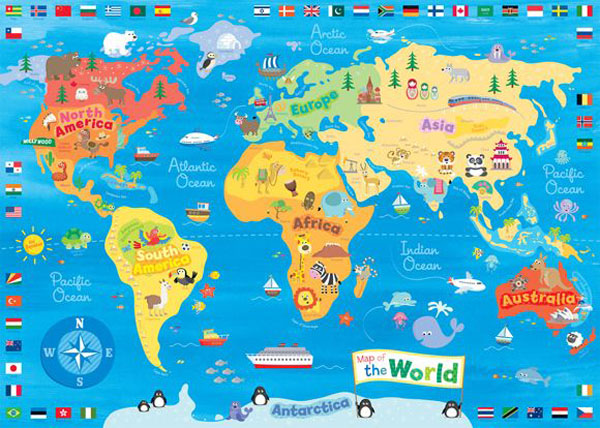 The author of the article, Yu, is an enthusiast in exploring multi-languages and cultures. She owns a blog called Geek Cubics, introducing all the fun gadgets, gift ideas and goodies all over the world, check more of her posts at her blog.