My personal experience living in a multi-lingual world

I have lived in 4 countries, including my own.

But my experiences are pretty varied and complex when it comes to my own history.After reading the post about bi-Lingual children, I thought I should maybe share my story too.

I grew up in 3 countries, the UAE, Bahrain and India ( besides the USA), and learnt a few things not many may have experienced or noticed. But what I learnt in my own nation maybe surpasses the things I learnt outside of it.

My parents are from south India and traditionally one is brought up in the same state as their own mother tongue. But that was not the case for me. I was born in central India, where everything is different from the south. I am sure a lot of people know that almost every state in India has a completely different language, way of life, education and culture.

So having lived in a state not my own, I was exposed to a lot more than I would have been in my own state. I had to learn 2 other languages besides my own mother tongue, and being that I am always around people having similar experiences, I got to learn or at-least understand 2 others.

All this besides knowing English.

I guess that’s what differentiates India from other nations. The multicultural mix of people and places are so unique that living in every state is different from one another. It’s not the same as a person born in New York living in Los Angeles. Yes they are different too but not the way it is in India 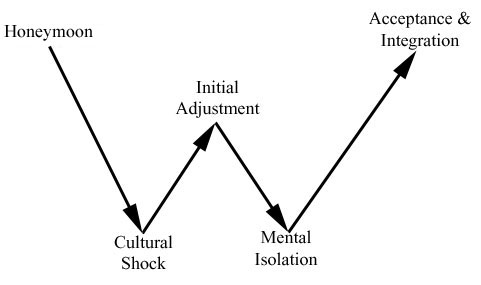 Believe it or not, English has been my main language, even though its not my mother tongue. My parents always thought knowing English is just as important as knowing your mother tongue. I truly thank them for making that decision for us early in life.

I was also raised in Dubai, and that helped me to learn and understand other cultures of the world, besides my own. It opened my eyes to a lot of things that first world countries experience and have.

This helped me to not have culture shock when I first arrived in the USA way back in 2007.

Yes, it was a new country, which I grew up seeing on TV back in India and in Dubai, and the excitement of seeing all the places firsthand was fascinating. But it never had that culture shock that people always talk about.

Yes, I did at first feel a bit lonely, mainly because it was a new place with no friends, but I got over it pretty quickly.

I think I attribute this to my upbringing. I have lived many years alone, in India as my parents used to live outside of the country – in Dubai.

This did help in ease me into the country so much so that now going back may seem to be a difficult task.

A few other things that I learnt was my love of music. My experiences opened my eyes and ears to new sounds, for which I am grateful to my parents.

People should always live in multiple nations and countries and feel what other nations go though if they have the opportunity.

No, don’t get me wrong, I am not trying to say we should be experiencing all of this, but rather just saying  being open to different experiences helps us understand and appreciate things that we take for granted.

It changes one’s outlook and makes us a better human beings.