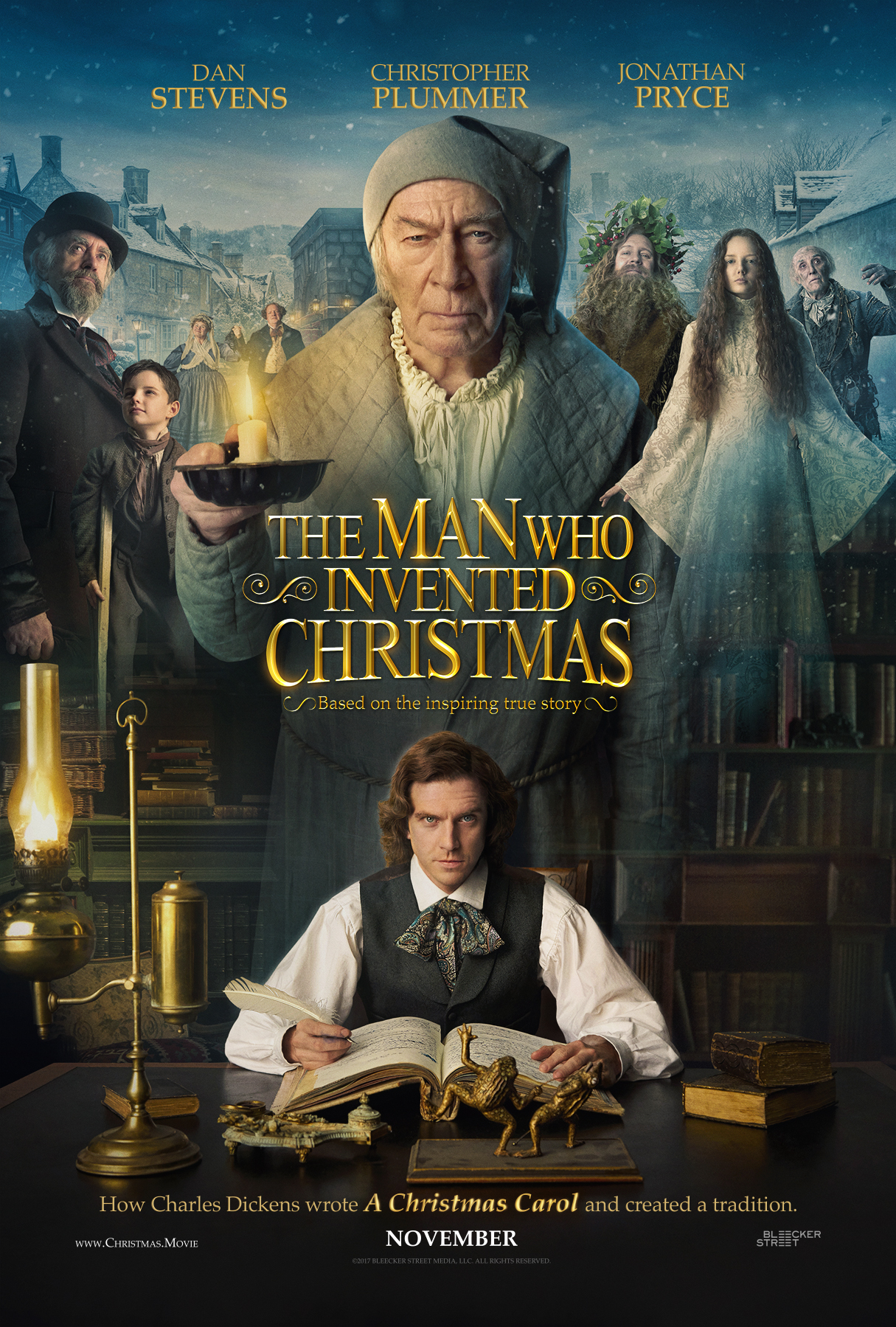 The Man Who Invented Christmas

THE MAN WHO INVENTED CHRISTMAS stars:

THE MAN WHO INVENTED CHRISTMAS is a delightful family film that will hit theaters on Friday, November 22 –  just in time for this holiday season!  Dan Stevens brings beloved author Charles Dickens to life as we follow the inspiration that helped him craft one of the most cherished novels of all time, A Christmas Carol.  My little girl and I will read this book between now and then!

Watch the magical world of Charles Dickens come to life in the Official Trailer:

Synopsis:  The Man Who Invented Christmas tells of the magical journey that led to the creation of Ebenezer Scrooge (Christopher Plummer), Tiny Tim and other classic characters from A Christmas Carol.

The film shows how Charles Dickens (Dan Stevens) mixed real life inspirations with his vivid imagination to conjure up unforgettable characters and a timeless tale, forever changing the holiday season into the celebration we know today.