Parents who abuse their children have a biological reason 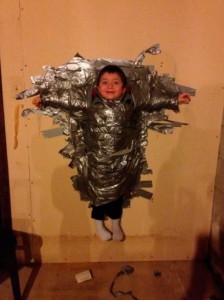 Parents Need a Time Out

Who would have thought that parents who abuse their children have a by o log in call (Ed. Biological) reason to do it?

Who would have thought that a parent would ever hurt their kid unreasonably?

Well, it happens. And now a university in Oregon wants to say that the parents’ bodies are making them do it.

It seems that when parents get used to mistreating their kids, it gets harder and harder for them to not do it.

Wires and machines were connected to a bunch of mommies and daddies of kids 3- to 5-years old.

When a mommy who usually mistreated her kid tried to NOT mistreat the kid, the mommy’s heart rate went up and she got all sweaty and stuff.

And in the end she really mistreated the kid.

Wow! Hurting leads to more hurting even when the mommy turns on the I-don’t-want-to-hurt switch.

The solution – don’t ever mistreat the kids in the first place. Then the body won’t learn that’s what it wants to do.

Learning to not mistreat a kid is probably not all that easy for some mommies and daddies especially if they were not treated right when they were little.

But sooner or later the bad pattern has to stop.

Why not stop now?