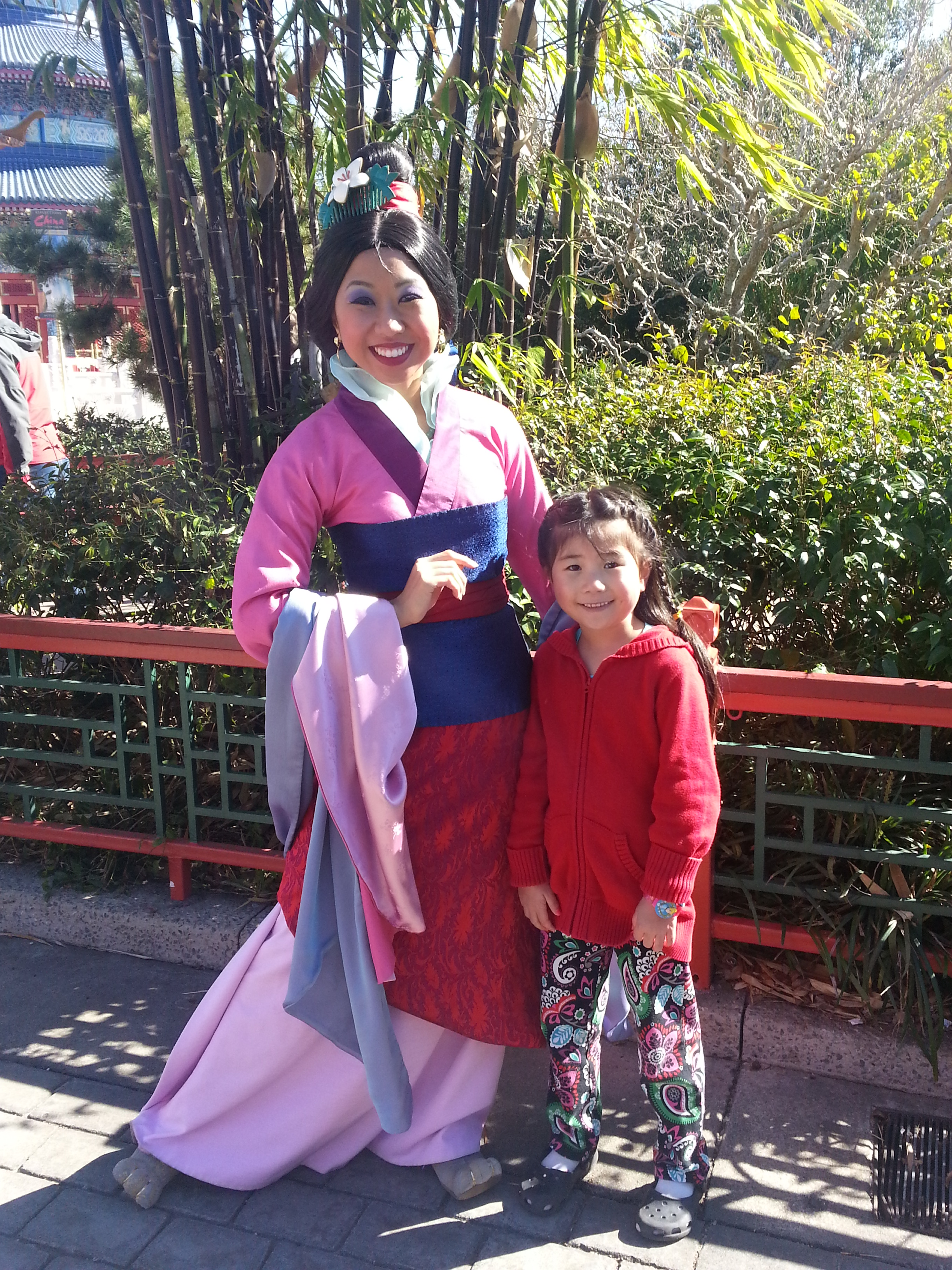 Little girls can learn positive personality traits from people from a variety of countries … including China! Though fictional, Mulan can be a good role model, too.

I (Mia) am probably more alike in appearance to Mulan than any of the other princesses.

That’s perfectly fine with me. My daddy thinks I am beautiful. And it’s not all about what’s on the outside anyway.

Where and When to Find Mulan at Disneyland

Mulan was tough to find at Disneyland in California – near us. It seems that you have to visit Disneyland during the Chinese New Year period to have the opportunity to meet her.

We, daddy and I finally caught up with Mulan at Walt Disney World over our year end vacation.

Some things I learned about personality and character from fictional Mulan … or was it the real Mulan. 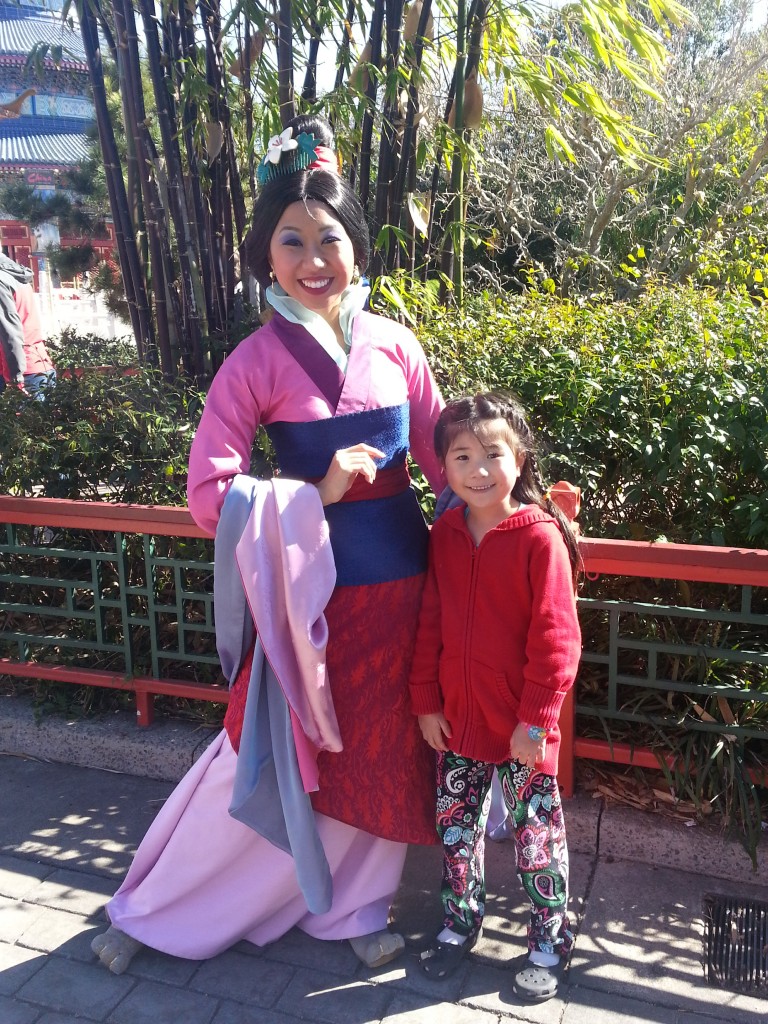 Independent – daddy says he spent a lot of time teaching my older brothers to be and think independently then he found out he doesn’t like what they think sometimes. I suppose my daddy won’t always like the way I think. But I do like that he lets me think for myself … most of the time. I am still young.

Clumsy – but still very capable. Nobody is perfect. Can you be imperfect and still perform well in daily life? Mulan can. I drop things. My laptop, oh my! I just hope I don’t do any permanent damage.

Courageous – she acts on her convictions. She tries what others are afraid to try. Remember when she climbed that pole? The way she did it. One of my favorite parts.

Spunky – she didn’t think of herself as a woman among men, but as someone who had to rise up to be as good or better than those around her. I love this word.ng

Brave – never paralyzed by fear. She wasn’t fearless. She was able to act despite being afraid.

Heroic – not because of who she was, but because of what she did. Nobody starts out, or should start out to be a hero. They should rather be intent on doing the right thing for the most people.

Determination – she represented her family well … until the desired result was accomplished. Determined and stubborn look the same. It’s the result that matters.

Ingenious – she figured out how to make things happen, how to fit in, how to stand out. How cool was that!?

Mischievous – she found an unconventional way to get what she wanted. Sometimes we need to be sly. Deceitfulness and trickery look the same … once again … it’s the result that matters.

After all, maybe I want to be like Mulan in my actions, too.

Is it time for kung-fu class yet, daddy?