Please tell me about your mom …

In this newsletter we want to:

My mom was not a good person when i was growing up.

I was the 5th of 6 kids. My younger sister came 6 years after me allowing me a period of time to be the baby in the family. It didn’t matter. 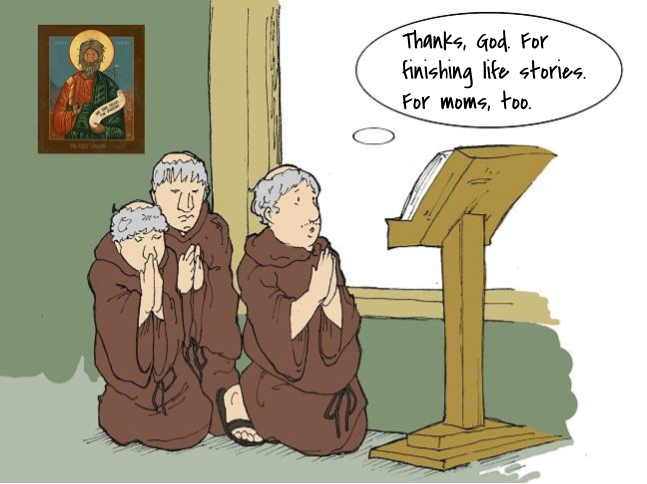 There were two older sisters and two older brothers in the family. I was the odd kid out. My mother refused to feed me. I got cow milk from day one.  Weighing in from birth at 10.5 lbs I drank a lot. Perhaps she just couldn’t or didn’t even want to try go keep up.

At the risk of being seen as soliciting sympathy (I am not. This was a long time ago), my mom clearly loved my older brother by 13 months more than me. She dressed him in the finest our family could afford. When his clothes went out of style, they were handed down to me. I never wore anything new. Never. Ever.

I was born with an extra sympathy gene. I thought to myself that my mother’s job must be hard so I on my own initiative, while still in elementary school, tried to help her around the house.

One morning I hurriedly made all the beds before going downstairs to breakfast … just because … to make her happy.

Coming home from school, mom greeted me with a smile, “Billy did you make the beds this morning?”

“Great! You can do that every day now.” She walked away.

I cleaned the house one day after school when she was not there.

You’d think I would have known better. I didn’t. Hey! i was just a kid and wanted to make her happy. I couldn’t.

My mom hated to get up early and make us 5 kids breakfast before sending us off to school. She’d wake me up and send me to a bakery to buy breads and rolls to bring back home before everyone else got up. Seven, eight, nine years old and I bundled up and went out into the pitch dark and frigid early mornings that Cincinnati offered. She never gave me credit for going.

When I was 16 years old my mother abandoned our family. She disappeared. Gone. Just like that.

I learned later that all the extra free time she gained from my pitching in to help here she spent at a nearby pub. She ran off with an ex-con (seriously). My little sister was 10-years old at the time.

But that was not the end of her story … (continued below.)

Being the ‘preacher’ in the family, i was called on to organize and speak at her funeral at the local church she and her ex-con husband had attended. He had been imprisoned for 17 years for murder. (no kidding) He came home from the Korean War after enduring a months long rehabilitation after being shot down while parachuting. (I am serious here).

At the funeral, the pastor of their local church told a story about Jean, my mother.

“A couple of years ago we did a revival at our church. We planned well, beginning with asking our prayer warriors to petition often. Everything went great.

“The second year we decided to double down and do even better. We did everything we did the year before but more. And the revival was a huge flop.

“We (the pastor) realized that we had forgotten to start with asking the prayer warriors for their help.

“Jean, (my mom), was the number one prayer warrior. When she prayed, the church’s work turned out differently.”

You see, somewhere around the late 80s my mother became a Christian, was baptized. Another 10 years of so, her ex-con husband became an ex-ex-con. His and her pasts were wiped clean. Erased.

My mom and her husband (she was with him 37 years, nine years longer than the 26 years she was with my dad) learned the true meaning of, “The person who is forgiven much, loves much.”

Nobody’s story is over till it’s over.

We deeply appreciate having you as part of the GUA and GUW world.

If you are new to this list and don’t know why or how you got here, chances are you signed up when receiving one of our free books. If you don’t want to be here, please hit unsubscribe. We’ll miss you. But the only thing worse than getting emails you don’t want is sending emails to people who don’t want them.

We booked our flights, made our hotel reservations and bought our tickets to visit Disney World for the end of May!

With 25 days to go, we were notified our flights got moved around so much, the trip became undesirable. We cancelled. And are really bummed.

What can be done? We’ll find something else to do.